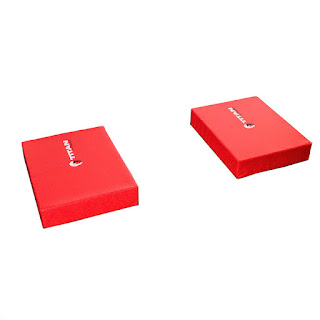 Despite my wife's misgivings, I decided to go ahead and order a set of the Titan Fitness Silencer Drop Pads.  There are a bunch of knockoffs on Amazon selling for between $150 and $200.  The Rogue Crash Cushions by Abmat are running $250.  I have had my eye on these for a while, but hesitated as they were back ordered for the last several months.
I do not Olympic Lift often, but I do lift often enough that I wanted an alternate solution.  These would also allow me to do cleans in the basement if I were so inclined.  At the price point they are a valuable addition to my home gym.
On an odd side note, I noticed that Titan products are designed in Tennessee.  Upon further investigation, it turns out their headquarters are only 5 mile from my parents house in Germantown, TN where I grew up.  I may have to give these folks some more business.
Posted by Steve Gupta at 3:55 PM