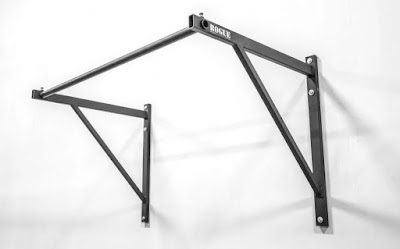 Unit was as described and pretty straightforward to install.  I used 3/8" x 3" lag bolts and washers.  Finding the studs was not too bad.  Afterwards I puttied in anticipation of paint.
Posted by Steve Gupta at 9:38 PM