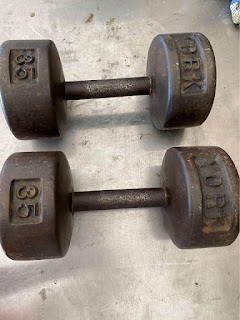 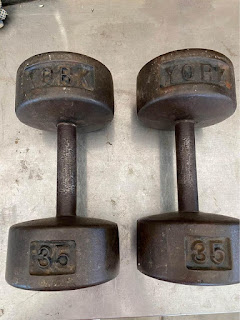 I am not expecting lightening to strike twice, but I would love to own these dumbbells being offered for a mere $30 in Parker.  Yes, that is a 35-40 minute drive, but these would be awesome and are rarely offered in the Denver area.
Surprisingly the seller did respond the next day and I though I would be picking them up.  I asked when and where and silence.  A few hours later, they were marked as sold.
Posted by Steve Gupta at 5:13 PM