While not at the top of my list anymore, I decided to buy a Plate Carrier and Plates.  I saw an ad on Facebook Marketplace offering an off brand (unbranded, looks kind of like Red Rock Outdoor Gear, but not sure) plate carrier and (2) sets of plates.  A Rogue 5.75# Lazer Cut Pair and a Rogue 8.75# Lazer Cut Pair.  The owner purchased both sets so that it could be used as an Rx set up for men or women.  The set up also had a leather patch.
Retail, even knock off vests go for $90 + shipping.  The Rogue plates go for $43 and $56 respectively, with shipping and tax you are looking at $126.  Finally the leather patch is another $9.50 from Rogue and at least $5 from a knock off.  Overall, I estimated $200 retail, plus another $40 shipping.  The used price was $120 which I thought was fair.  Everything was in pristine condition.  The 8.75# plates were still in the box from Rogue. 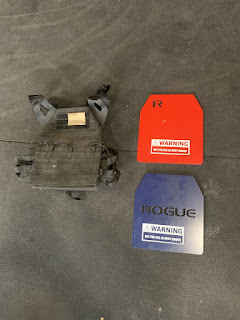 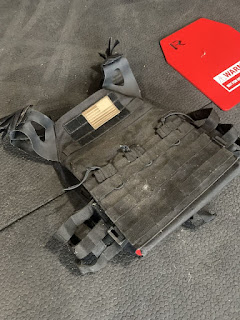 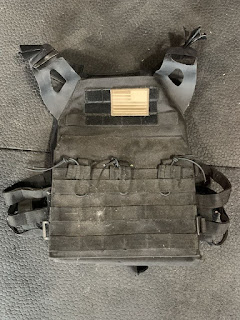