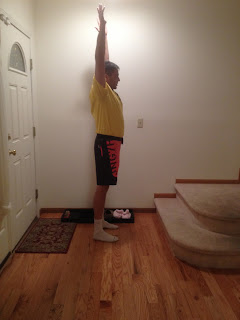 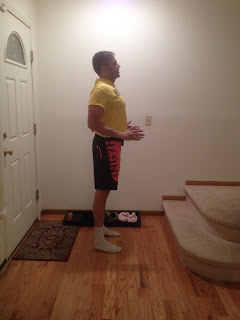 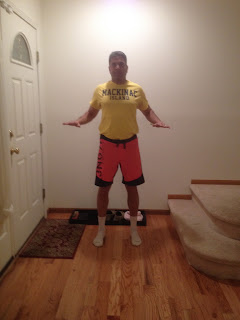 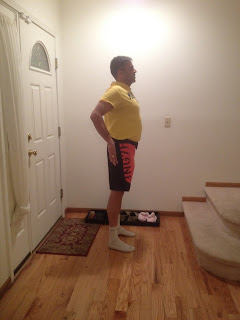 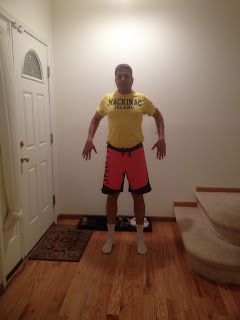 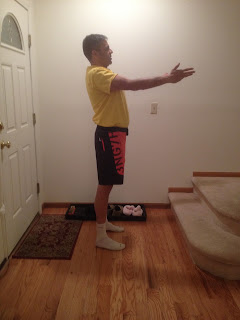 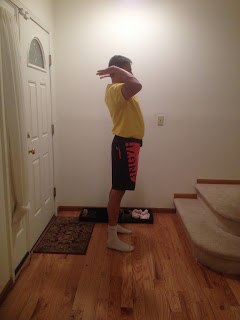 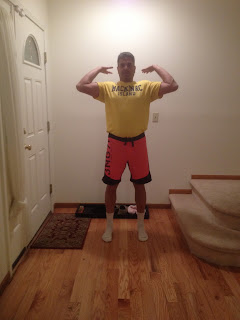 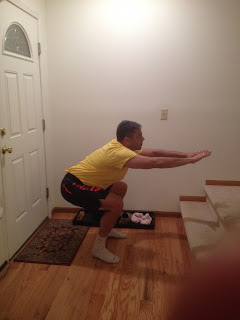 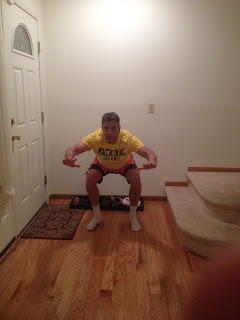 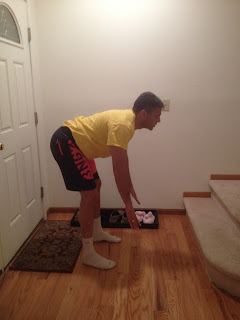 Pistol:  knee neutral, ankle stable, upper back neutral (I could not even get into this position)

Common Faults - knee positioned inside the ankle, ankle collapsed, heel off the ground
Posted by Steve Gupta at 8:39 PM